Mytrah Vayu (Tungabhadra) Private Limited (MVTPL) wishes to carry out Environment and Social Impact Assessment (ESIA) Study of 200 MW Wind Farms comprising of approximately 97 Wind Turbine Generators (WTGs) in Aspari Village, Mandal Aluru and Pattikonda, District Kurnool, Andhra Pradesh. The proposed project site is located at Village Aspari, District Kurnool in the state of Andhra Pradesh and the proposed wind turbine of the project is spread on twelve revenue villages of Aluru and Pattikonda taluka of Adoni division. The Aspari site lies approximately 70 km. south-west of Kurnool district headquarter and 60 km. north-west of Bellari district headquarter. The project villages are well connected with each other with inter village road. All the villages are well connected with Gooty-Adoni Road and SH-78 which connect the site with district headquarter and NH-7. Hyderabad is the nearest airport which is 240 km. NNE from the site and Aspari (4 km. SW), Adoni (20 km. NNW) are the nearest Railway Station from the site.
The site is spread across a distance of approximately 15 km along the North to South direction and across a distance of approximately 10 km along the West to East direction. The site has an average MSL of 480 meter.
This study is being undertaken as per the requirements of the ADB Guidelines to understand the Environmental and Social impacts associated with the proposed 200 MW Wind Farm Project. 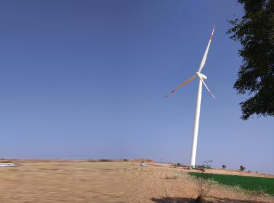 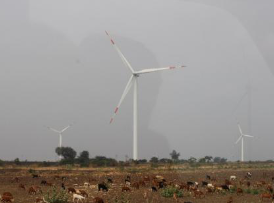